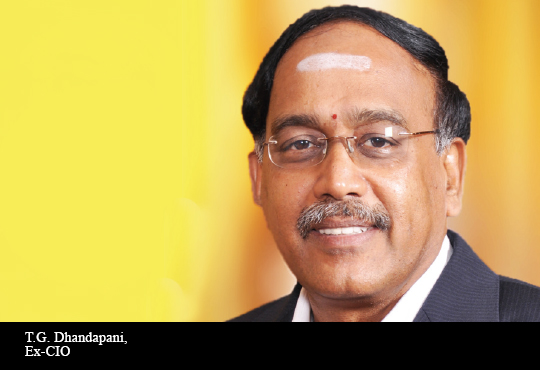 Though the term Cloud Technology is widely used per se Cloud is technology but more a commercial arrangement between user and the service provider, however much technology is available in the services. Traditionally, Datacentres were owned and managed by organizations and over a period of time in order to get uniform and sustained revenue flow, hardware vendors started offering computing and storage as per use, naming it as “Pay as per usage,” but some capacity would be created upfront. Over a period of time, in order to reduce the burden of one-time major investment, HW vendors started offering leasing arrangements and many HW vendors ventured into finance companies; predominantly fully owned subsidiary of HW companies. This system further evolved in to offering computing and storage as service and organisations were give option to replace the hardware periodically after sometime. With the stupendous growth of digitization across organization and industries, continuous growth in the demand for computing and storage, and also the enhanced need for Information security, made the Data centre admin istration complex and highly skilled and expensive. This resulted in scarcity of resources in the market and paved way for centralising the computing and storage HW resources and providing them as services.

“As the data becomes more and more valuable and the dependency of running the digitally driven business increases, it is high time that Government brings regulatory mechanism in order to protect the interest of the organisations”

Very strongly supported by Network through Fibre optic cables, Virtualization in every area be it computing, storage or network were the accelerating elements for Cloud computing. Cloud computing is the on-demand availability of computer system resources, especially data storage and computing power, without direct active management by the user. The term is generally used to describe data centres available to many users over the internet. Mushroom growth of Start-ups especially in on-line business, Cloud computing has evolved as successful business model. Over a period of time apart from hardware as service, Network, business applications, database, security products, analytics and so on were offered as services through internet. In summary, cloud computing actually refers to sharing resources, software and information through a network. In this case, via ‘the Internet’ or more correctly, an Internet connection. Information and data is stored on physical or virtual servers, which are maintained and controlled by a cloud computing provider, such as Amazon and their AWS product. As a personal or business cloud computing user, you access your stored information on the ‘cloud’, via an Internet connection.

Organisations have options to have establish their own Private cloud facility in their own premises or in the data centre of service provider where state of the art facilities available for network and security. As the facilities are created for many other customers economies of scale is shared between service provider and the customers. Public cloud is where the investments are directly made by the service provider and organisations use the facility. The choice of private or public cloud is based on circumstances. A running organisation that has already invested on data centre has the option to invest in public cloud for expansion. Also the replacements in the data centre happen in piecemeal, the thirst replacing entire data centre in to public cloud arise in rare cases. The type of a business operations and the data also play important role in choosing the type of cloud model. Statutory compliance, contractual obligations restrict the need for using public cloud. Most of the Start-ups have the option to move in public cloud as they aren’t bothered by legacy investments.

Many service providers persuade organisations to go in for cloud mainly to convert Capex to Opex. Just by converting Capex to Opex, a running organisation’s cost doesn’t come down. The decision should be based on cash-flow, tax bracket and the period.

Cloud in general provide either to scale up or scale down the computing based on business cycles and free the organisations from upfront investments for the future needs or temporary seasonal needs. As the need for exceptionally additional requirements don’t arise to all the players in the business, Service providers are able to manage this for a few requirements. This is the typical advantage of cloud.

High availability is another reason for moving to cloud. Larger infrastructures have the option of investing in high level of automation to increase the availability of computing services for business use.

As the data becomes more and more valuable and the dependency of running the digitally driven business increases, it is high time that Government brings regulatory mechanism in order to protect the interest of the organisations. As Banks dealing with public money are governed by RBI Act, Negotiable Instrument act, Banking and Regulations Act and so on, there should be a governing mechanisms and regulatory bodies to monitor functions of Cloud Service providers. With this support Organisations can easily move to cloud and switch over to one from other based on cost and service. The day isn’t far away.

IT services
P-Qube Training and Certification