The automotive industry is currently witnessing many technology-driven trends that are shaping large-scale disruption in the area of transportation. Electrification is a key one among them and innovation is undoubtedly the main driver shaping the growth of the global market for electric vehicles (EV). In a carbon-conscious world battling environmental pollution and the effects of climate change, together with the spiraling prices of oil, the gradual shift to EVs is inevitable. The earlier the auto industry realizes this and aligns itself to this reality, the better it will be able to reap the benefits of electrification.

In fact, Electric vehicles came into being over 100 years ago, tasted early success at the turn of the 20th century and then faced a rapid decline, unable to keep pace with fast-evolving gasoline-powered vehicles, ultimately leading to its virtual disappearance in the Thirties. Sporadic attempts were made through the following decades to revive the technology, with a few notable examples like the Henney Kilowatt, manufactured by The Henney Motor Company in 1959-1960 – but it failed to elicit an enthusiastic response from the public and sales were abysmally low. It was with the emergence of Tesla as a major player and Elon Musk’s avowed mission “to accelerate the world’s transition to sustainable energy”, that the global auto industry started to change rapidly. The floodgates of global interest in and adoption of the EV by the auto industry seemed to have opened with the wheels being set in motion by Tesla. An entire collaborative ecosystem has sprung up since, comprising auto manufacturers, battery manufacturers and components suppliers.

“To emerge as a leader in the global EV space, India should chart a plan to manufacture every sub-system required by EVs including components, batteries, charging infrastructure.”

India has recently taken some small but significant steps aimed at accelerating the adoption of EVs. These include the announcement of a slew of tax rebates to customers of EVs and to manufacturers of EV components in the 2019 budget. The NITI Aayog has put forth a policy proposal for transition to EVs within the next few years, especially for the two and three-wheeler sectors (2023 for three wheelers and 2025 for two wheelers). These are essential first steps, but more needs to be done to reach a stage where EVs become a viable choice for many. Let’s examine what the next steps should be. 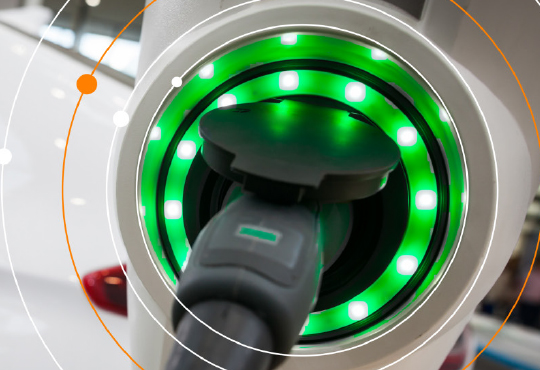 Incentives and subsidies by governments across the world have been a key factor propelling the growth of EVs in the last couple of decades. China, currently the world’s largest EV market, has mandated a quota for EV production for all auto manufacturers. It has also imposed restrictions on investments in new manufacturing plants of traditional, fuel-powered vehicles. In the US, states like California have been at the forefront of introducing measures to support EVs, including introducing stringent emission norms for vehicles. Japan plans to reduce 80% of greenhouse gas emissions from vehicles by 2050 and South Korea, according to reports by the International Energy Agency, has extended its National Subsidies to 57,000 electrified vehicles in 2019, compared to 32,000 vehicles in 2018.

In countries of the EU like Norway, Germany, France and Sweden, which have the highest sales volumes of EVs in Europe, governments have helped strengthen their market and accelerated adoption through both fiscal and non-fiscal incentives. This translates into EVs being given free parking space in cities like Frankfurt, for example. Elsewhere, there are zones where only eco-friendly vehicles, like EVs, are allowed. On the fiscal side, the government in Norway, for example, removed import taxes on electric vehicles. They also cut taxes on their purchase and lease.

India should consider a carefully calibrated mix of fiscal and non-fiscal measures in this regard, while being mindful of the current economic headwinds that the auto industry is facing.

Charging made easy and more convenient will go a long way in helping increase the adoption of the EV. “Range anxiety” needs to be addressed. The term refers to the fact that most EVs today have a range of 150 to 175 km on a single charge, leading to a sense of constraint and anxiety - stemming from a fear of being stranded while on a drive - among owners. Though it has improved, charging infrastructure in many parts of the world, including India, is still not where it needs to be. Utility companies, infrastructure providers and the Government have to work together in Public-Private-Partnership (PPP) models to make large networks of charging stations available to the general public.

The development of new, groundbreaking EV technologies is set to make this segment more appealing to consumers. Among the ones that are currently in the development phase, wireless charging is a frontrunner. Wireless charging could play a big role in eliminating the range anxiety phenomenon mentioned earlier. With it, EVs could be charged on-the-go, as they were being driven, without having to stop to recharge, or worry about running out of charge soon.

Batteries are the other key and critical area of innovation, where EVs are concerned. Lithium-ion batteries are the ones commonly used today in EVs. They are not yet adequately available and their costs tend to be high due to the insufficient supply of the raw materials. Many new technologies are currently being developed to find efficient alternatives to the Li-ion battery. Solid-state batteries are one such alternative being explored. A few startups in India have started working on these technologies.

Initial costs of EVs may be higher than that of fuel-powered cars, but in the long run, they cost their owners far less as they consume no fuel and are cheaper to maintain. This is possible because a battery-powered electric vehicle has fewer components than a conventional fuelguzzling car, making servicing and maintenance much more economical.

Not just in the personal vehicle segment, the adoption of the EVs in public transport systems can significantly reduce carbon emissions, thereby slowing down global warming and the catastrophic effects of climate change. As the world increasingly moves away from the production of electricity through carbon-rich sources like coal towards cleaner, renewable energy sources like solar and wind, this dividend will grow further.

To emerge as a leader in the global EV space, India should chart a plan to manufacture every sub-system required by EVs - including components, batteries, charging infrastructure. This will also help generate new jobs in the auto sector in the long run.