Acquiring Pod Taxi Startup: What's in it for Reliance? 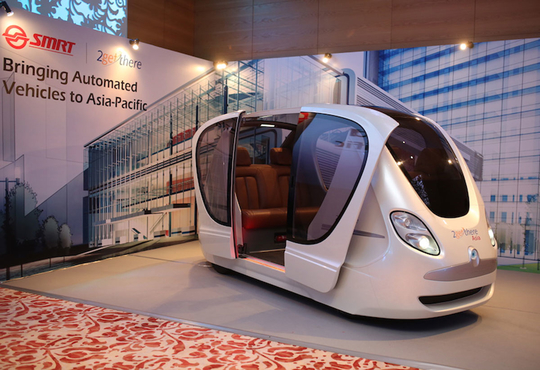 World’s 8th richest man Mukesh Ambani is in the marathon race to escalate Reliance Industries Limited's (RIL) businesses, to every sector where human brain is achieving the goal to be successful. To become the godfather of all corporates, next set of RIL’s latest announcements is about increasing the shareholding in skyTran and making batteries for electric vehicles (EVs). The company is now focusing on greener sources of energy and transportation, matching the global trend amid the possibility of a renewable energy boom in India. Mukesh Ambani has yet again displayed his seriousness towards technology but experts believe it might be too soon to call his oil-to-telecom conglomerate “tech-first.”
On Feb. 28, Ambani’s Reliance Industries (RIL) said it had bought an additional stake in skyTran, a US-based company that has developed a technology for running pod taxis, for $26.76 million (Rs196 crore). RIL had first picked up a 12.7% stake in skyTran in 2018 and bought some additional shares of the company in 2019 and 2020. With the recent deal, RIL’s stake in skyTrans stands at 54.5%. All these investments have been made through RIL’s subsidiary Reliance Strategic Business Ventures.
Future of transportation
skyTran builds ‘pod taxis’ or personal rapid transport (PRT) which are essentially small automated pod-like vehicles that travel within a network of specially built tracks. These will work on the principle of a breakthrough passive magnetic levitation and propulsion technology aimed at solving the traffic congestion problem globally. The skyTran network would use cutting edge IT, telecom, loT and advanced materials technologies to transport passengers in a fast, safe, green, and economical manner, RSBVL states in a regulatory filing earlier.  RSBVL states that technology has been developed by skyTran to create smart mobility solutions.
Here are the comments made by Mukesh Ambani, “Our acquiring majority equity stake in skyTran reflects our commitment to investing in building futuristic technologies that would transform the world. We are excited by skyTran’s potential to achieve an order of magnitude impact on high-speed intra and inter-city connectivity and its ability to provide a high speed, highly efficient and economical ‘Transportation-As-A-Service’ platform for India and the rest of the world.”
“We firmly believe that non-polluting high speed personal rapid transportation system will help facilitate environmental sustainability through efficient use of alternative energy and make an impactful reduction in air and noise pollution,” Ambani states
Billionaire Elon Musk’s Hyperloop and skyTran, both are the leading players in the business of pod taxis, which many say would revolutionize transportation. These pod taxis are run on magnets and could theoretically reach a speed of 240 kmph.
Hyperloop is already working on three projects in India —Mumbai to Pune, Bangalore city to Kempegowda International Airport, Chandigarh to New Delhi. The Hyperloop technology is more ideal than skyTran, for long-distance travel between cities Hyperloop is the choice, skyTran’s technology is concentrated on intra-city transport for fixed day-to-day travel. In the future skyTran’s technology could become seamless because of the increasing city traffic and congestion, and it is the non-polluting mode of transport in the future. This main reason behind why Reliance has been slowly increasing its stake in the company for the past three years.
Gear up to renewable energy
The recent announcement of Reliance industry states that company  will focus on the manufacturing of batteries for electric vehicles, apart from that there is an another indication that the company wants to deep dive into the renewable energy and tech space.
The three growth engines of the company in future are digital, retail and new materials, Renewable energy or new energy is expected to be the fourth one according to investment bank Morgan Stanley.
The investment bank also intends that RIL may thrust in $13-$15 billion in new energy sources over the next decade. Everything indicates to one last thing that is, Mukesh Ambani’s company is now focused on converting its core energy business to be ready for the possible renewable energy bang in the country.

IT services
Appraising Cloud and its Service Delivery Models